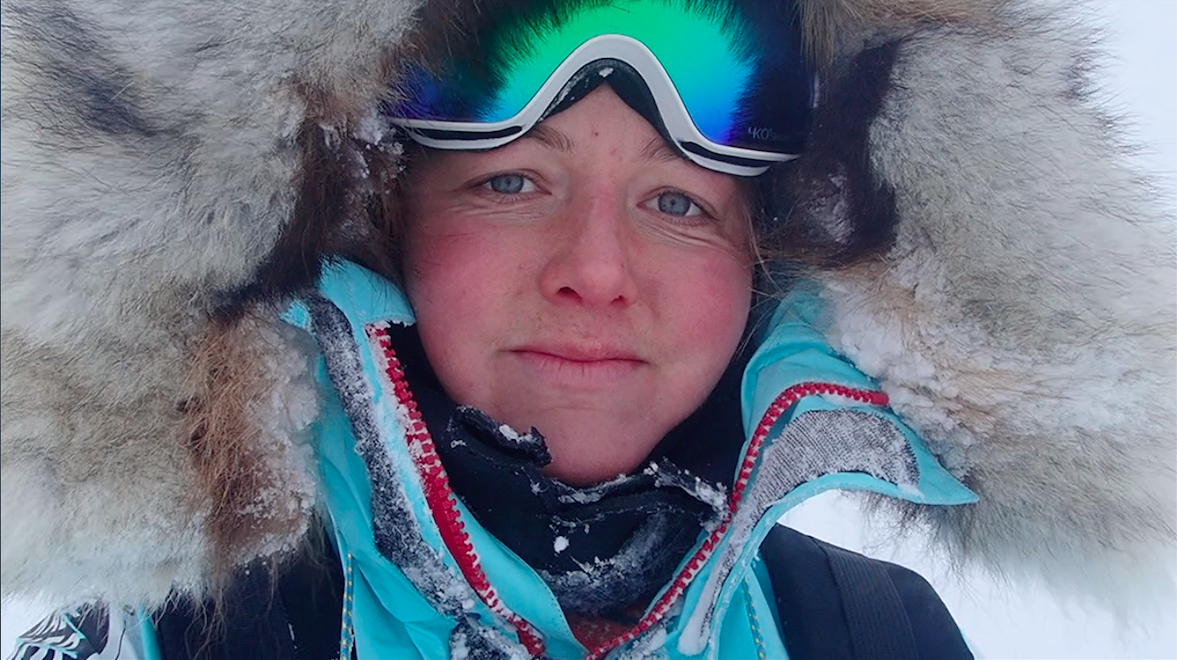 Within a couple of hours of being dropped at my start point at Hercules Inlet a huge weather front moved in and stuck to me for the first 9 days of my expedition. Storm-force winds, biting cold and worst of all, the whiteout. I couldn’t see more than a meter in front of my face for 8 days straight. By day 9 of my solo Antarctica expedition I was sitting just 27NM from my start point. I had endured 9 days of hell, my body was exhausted and I was so far behind planned schedule.

Over a week previously, on my first morning alone in Antarctica, I woke to my tent violently shaking. The wind was flowing downhill, battering my tent as it past. I tried three times to get out and begin skiing, and three times retreated back to the shelter of my tent. The wind was just too strong for me to fight against while pulling my 105kg sled uphill. After receiving a weather report from comms, I made the call to sit tight for the day. The wind was forecast to drop after 6pm. I would take this opportunity to do a night ski and try to make some progress.

For day three, four, five, six and seven of my expedition the storm raged on. Each morning I would wake to the wind battering my tent, I would eat as much food as I could, then I would prepare for battle. Layering up, putting on my sled harness, fastening my ski boots and covering every inch of skin that might be exposed. My face was the hardest to keep warm, balaclava on, buff around my neck, hat, facemask, goggles and hood up with its protective fur ruff. I would then crouch in the porch of my tent breathing deeply and psyching myself up to face the storm, the trepidation pricked at my whole body. I only had two choices, take my boots off, get back into my warm sleeping bag and hide for the day. Or unzip the tent and face what Antarctica had in store for me. I unzipped the tent and stepped out, morning after morning.

The feeling of vulnerability plagued these first few days. In all of my previous expeditions, I had never felt this vulnerable. The scariest part of my day was taking down my tent in the morning and pitching it at night. My tent was my absolute lifeline, my only shelter from the raging wind and cold. I was terrified of not attaching it to my sled properly and it blowing away, in these winds the tent instantly turned into a huge sail, constantly fighting against me.

I became so aware of how fragile my body is, it has not evolved to have a protective outer shell or warm fur. My body is made up of soft flesh, easy to tear skin and bones that would snap under impact. This fragile human body that I was born with felt so vulnerable as the storm raged around me. On day four I must have slipped over at least five times. Because of the thick whiteout, I didn’t see the patches of ice until I had hit them. My feet would disappear beneath me and I would hit the ground, hard. Once I narrowly missed my face with my ski pole, and later I fell forwards and my head landed an inch from the sharp tip of my ski. Obtaining an injury was a terrifying thought. Help was a long way away.

In a whiteout, left looks the same as right, and up looks the same as down. It can even be hard to gauge if you are moving uphill or downhill. When the whiteout comes in, with less than a meter of visibility, it feels incredibly claustrophobic and disorientating. I had my compass on a chest mount in front of me. I would follow the arrow, minute after minute, hour after hour, day after day.  Each day I told myself that the sun has to come out tomorrow and each morning I woke to the same thick whiteout.

By day seven, the suffering wasn’t letting up. The hard ice had changed to deep snow patches, impossible to avoid in the whiteout. I would ski into them and instantly get stuck. It was a case of rocking my huge sled back and forth to try and gain some momentum and dig itself out. I pushed so hard this day, I just get digging in and moving another meter and another meter. After 7.5 hours I was exhausted and stopped to pitch my tent. I checked my GPS and realised I had travelled a dismal 3.6NM. I was giving everything I had to Antarctica and it just wouldn’t let me in.

After 9 days I was beginning to loose it. I was physically and emotionally exhausted from navigating all day through the whiteout and battling the wind. It almost felt like this whiteout was my new reality and from now on I would always feel fragile and hopeless.

During the afternoon of day 9, something amazing happened, I noticed that my vision was beginning to clear. I saw a perfectly straight line up ahead of me, the horizon! I then got a fright from three huge grey objects to my right. After a good few minutes of wondering what on earth they were, I finally realised that they were mountains! The Three Sails mountains, the landmark I had blindly been navigating toward for the last few days. Soon the sun had become even brighter and I saw my shadow for the first time of my trip. The sun felt incredible, almost like I was being born again.

The pent up emotion of the last 9 days leaked out of my eyes as tears, rolling down my cheeks and steaming up my goggles. Overwhelming and unprecedented relief flowed through my whole body. It was going to be okay.