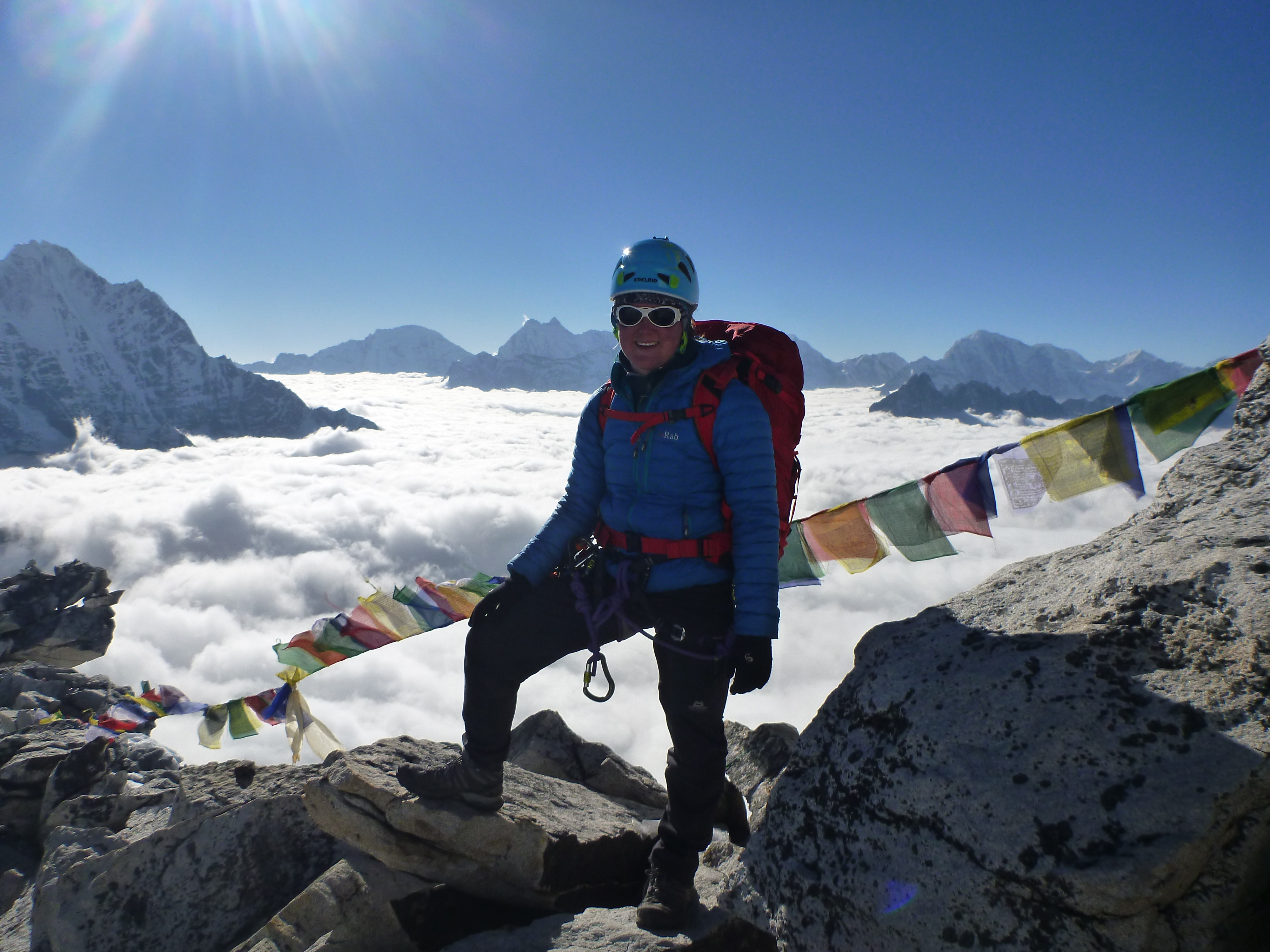 The 26th of November 2011 was the worst day of my life. The strange thing is, it actually started off as one of the best. I was in Nepal, climbing Mt Ama Dablam, arguably the most beautiful mountain in the world. A steep, jaggered peak, that from a distance looks impossible to climb. But as you edge closer through the Khumbu valley, up to basecamp and onto the mountain itself, the route to its summit becomes apparent, over thin ridges, up vertical faces and finally onto its flat, plateau summit.

People talk about the best moments of their lives and for me this November morning, high up in the Himalaya was definitely one of them. Our team’s intentions for the day were to climb from camp one on Ama Dablam to the bottom of the Yellow Tower just below camp two and then back again to camp one. We were right in the middle of our acclimatisation process, slowly letting our bodies adapt to the altitude before heading up to the summit. We started off along the ridge from camp one, my slight apprehension quickly evaporated with the fun I was having on the ridge. Everything I had learnt came into play, I loved the feel of the rock and the snow, the breath taking views all around me, my partnership with my Sherpa Lhakpa, the interaction with climbers coming down the mountain, but the thing I loved the most was that I was climbing Ama Dablam, this beautiful, dramatic mountain. So many people will have looked up at this mountain in ore and wonder and there I was, me! Actually climbing it….and enjoying every moment.

After a few hours along the ridge it was time to turn back, we started to retrace our steps and then came to the first abseil point. That’s when it happened. The split second mistake, the small moment in time that changed everything. It changed my life; it changed the lives of the rest of my team and most importantly the lives of an entire family back home.

Julian’s body was later recovered by a group of brave Sherpa’s and returned home to his family. Our expedition was over; we packed up, left the mountain and left Nepal, in shock, disbelieving and saddened by what had just happened.

The next time I returned to Nepal and the Khumbu valley was to climb Mount Everest the following spring. When I came face to face with Ama Dablam again I felt no ambiguity towards it, sadness lots of sadness but I also felt this overwhelming want, a need to try again. I wanted to return to its ridges and steep faces, I wanted to reach the top and I wanted to honour Julian on its summit. I know that attempting to climb Ama Dablam again won’t bring him back, it won’t dampen his families loss or make the whole thing okay. But mountains are strange things, fundamentally they are just big lumps of rock, but they hold this deep, emotional attraction and I hope that returning to Ama Dablam will help me finally come to terms with what happened in 2011.

On the 1st of November 2014 I am flying to Kathmandu and onto Ama Dablam, to climb, to honour a friend and to hopefully be successful on this elusive yet beautiful mountain.